THE 50th ANNIVERSARY OF
THE HAMMER OF GOD

with a day focused on Bo Giertz’s beloved and influential novel, price which appeared in English for the first time in 1960 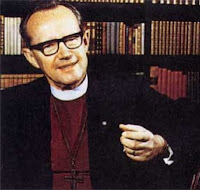 The Rev. Hans O. Andræ on “Tyranny and the Gospel: Freedom from Temporal and Spiritual Bondage in The Hammer of God”
Pastor H. Andræ translated the final chapter of The Hammer of God for the 2005 edition, sildenafil for which he also provided a historical and biographical introduction. While a pastor in Sweden, Andræ worked with Bishop Giertz in Kyrklig Samling. He was a parish pastor in the U.S.A. 1979-2007. His translation of Giertz’s first book, Christ’s Church (Kristi Kyrka, 1939) will be published in early 2011 by Wipf & Stock.

The Rev. Eric R. Andræ on “‘The best treatment of the proper distinction of law and gospel in the history of Lutheran theology:’ A Historical and Systematic Overview”
Pastor E. Andræ completed his S.T.M. thesis on Giertz’s use of the ordo salutis in 2003 (Concordia, St. Louis). He has had several essays on Giertz published in journals and books in the U.S. and in his native Sweden; has translated numerous short pieces, as well as the booklet Life by Drowning: Enlightenment through Law and Gospel (2008, from Kyrkofromhet); and is the general editor of Bo Giertz: A Hammer for God (Lutheran Legacy, 2010). He is the founder and president of the International Giertz Society.

Note: Life By Drowning is available in pdf format here.